Number of farms on the decline: Town of Colonie sees largest decrease of farm land among three area municipalities 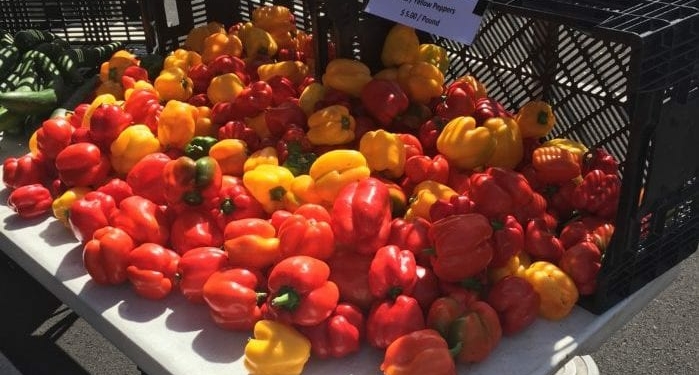 COLONIE— There has been a 93 percent decrease in the amount of acreage used for farming in the town of Colonie throughout the last 60 years.

In 1950, according to Tom Gallagher of the Cornell Cooperative Extension, there were 220 farms in Colonie, adding up to approximately 11,460 acres. Now, Gallagher said, there are about 20 to 25 farms remaining, or about 800 acres. Many of the farms were located along the Wolf Road area, which is now one of the mist highly developed areas of town. There were at least six large vegetable farms on that road, Gallagher said.

“The main industry in Colonie was vegetables,” Gallagher said, though he pointed out that the town did have a sizable hog industry as well. Colonie still has sandy soils that are conducive to successful vegetable growth, he said. The town also used to have six dairy farms, and even though there are only eight dairy farms in the entire county now, Gallagher said the loss of those types of farms is not unusual due to a tightening of dairy farm regulations that many farms could not afford, which included laws regarding the technology used to get the dairy product. Too maintain a dairy farm, Gallagher estimated that farms need at least 200 cows, a cost too steep for some farmers.

Continued development brings the issue of more and more homes being built near farm land as well. Gallagher said that even though during his 40 years at Cornell Cooperative he has seen many farms do outreach to their neighbors to teach them about their work, and the equipment and chemicals that are used, it’s much more difficult for a farm to build such a relationship with a business.

“The pressure of getting neighbors around the farms is awful hard to do business, especially when you’re spraying pesticides and manure,” he said.

Recently, concerns were raised at a town planning board meeting over a project that would see a dentist’s office built on a parcel of land on Oreshan farm on Loudon Road. At the meeting, farm owners expressed concern that the noises and smells from the farm could lead to trouble in the future.

“We want to grow old with the farm. That’s in our blood. I’m a fourth generation farmer and that’s what I know, and it’s not something that you can really give up. It’s not like you can change careers, it’s just part of who I am,” Andrea Oreshan said at the meeting. “We feel like we’re being forced out, and we’re not being heard.”

Gallagher reiterated that though state agriculture law supersedes any town laws regarding farming, farmers continue to face strict pesticide regulations and sometimes also have to deal with neighbor complaints regarding chemical use and noise.

Despite rising costs, regulations, and the decrease in all types of different farms around the county, farmers are beginning to find alternate ways to continue their lifestyle. Community farming, a practice in which anyone can buy a share of a farmer’s crop and those crops themselves, has taken off. With community farming, farmers can make extra cash with what they sell to residents, who could in turn bring the products to farmers markets or other selling places sometimes beyond the reach of the farmers who grew or created the products. Gallagher said that an online market for farm products has emerged recently as well. He also mentioned that, since farms are usually passed down through families in place of other savings plans such as 401ks, younger generations are returning to farms, after their parents left the farming industry to seek employment in factories such as General Electric.

“Now farming is kind of glamorous,” he said.

However, while farmers are finding ways to make up for some losses, the elimination of farmland and space could pose an aesthetic issue as well.

“I think what the public is realizing is that as development continues, people are looking for open space,” Gallagher said. “People want to look out and see open fields.”

Developers frequently incorporate walking or garden areas to fill the desire for green space, but the elimination of farm lands and open land is a process that will prove difficult to ever undo, Gallagher said.

“You’re not going to get that back,” he said.

Get your Irish up at Irish 2000 Music and Arts Festival

Restaurant Review: A night of bliss in Galway