Construction of new Schenectady casino on schedule to open early next year, hiring and training hundreds of employees 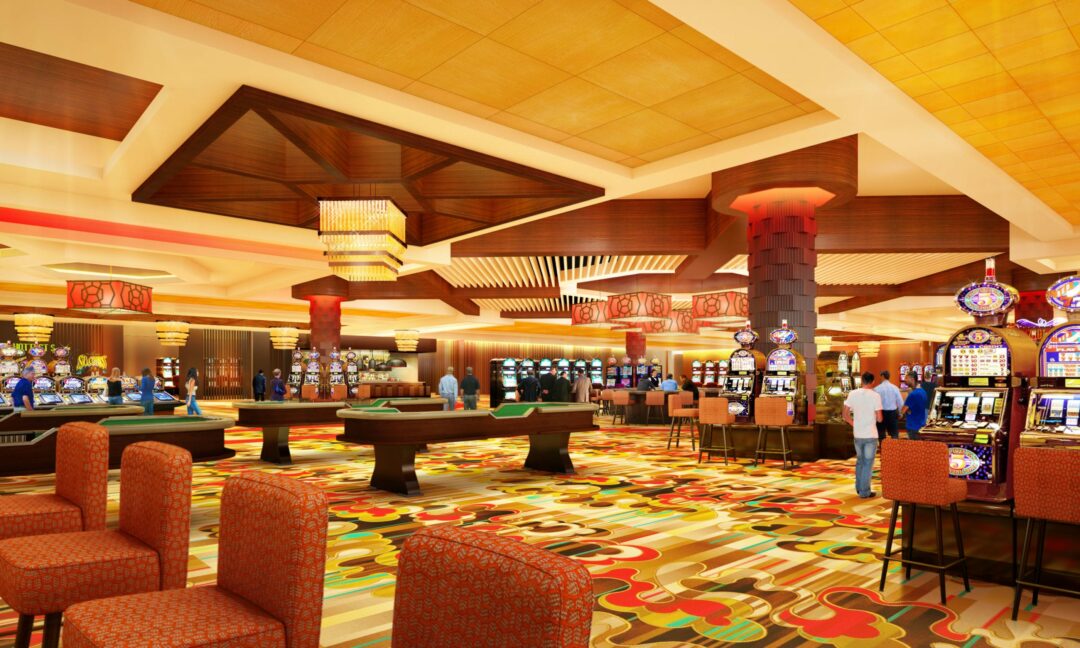 SCHENECTADY – The $330 million private investment project, undertaken by Rush Street Gaming, to build a hotel and casino along the Mohawk River in Schenectady is well underway, according to Rush Street’s Vice President of Operations Joe Scibetta. While winter weather could potentially delay the project, Scibetta anticipates that the casino will be open during the first quarter of 2017, and the hotel shortly thereafter.

On a recent tour of the construction site, Scibetta pointed out the large windows that overlook the river behind the new casino. an unusual feature for large-scale gambling establishments, and noted that, per state law, there will not be any indoor smoking allowed. Beyond the windows, three outdoor patios–one outside the planned steakhouse, one outside the gaming area, and another outside the ballroom (another private patio is for employees only)–will allow patrons to enjoy the Mohawk River behind the casino and the Mohawk Hudson Rail Trail, which will be diverted so that it runs on the along the river on the northwest side of the Stockade district.

The casino itself will boast a 50,000 square-foot gaming floor with 1,150 slot machines and 16 poker tables, as well as a steakhouse, marketplace, day spa and entertainment lounge. The adjoining hotel will be located on the other side of a 10,000+ square foot banquet space and will have just over 160 rooms. No one under the age of 21 will be allowed into the casino but the other areas of the LEEDS certified complex will be open to everyone.

Mary Cheeks, CFO of Rush Street Gaming’s Sugar House Casino in Philadelphia and River Casino in Pittsburgh, will be the general manager of Rivers Casino and Resort in Schenectady once it is opened. Right now, she focused on hiring hundreds of new employees. A training program for new dealers, she noted, will be open to approximately 350 new hires and other available jobs will provide opportunities for upward mobility within the company. More positions and training opportunities will be announced over the coming months, as well as local public information events, and the casino has been working with local workforce development agencies to help them with staffing.

After officially breaking ground in February, said Scibetta, “We’re right where we’re supposed to be. Our team has done a great job.”