BHS seniors “prank” for peace | In the wake of the worst mass shooting the country has ever seen, local seniors use an annual tradition to promote peace 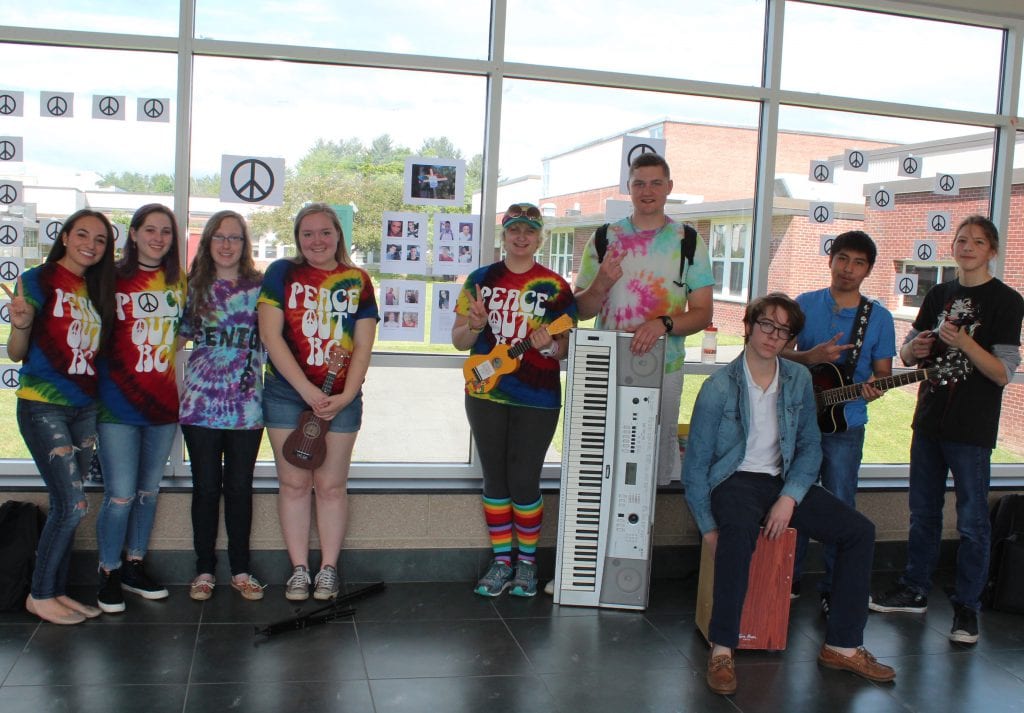 Bethlehem High School seniors, who had been debating via social media what they would do as a “senior prank” farewell to their soon-to-be alma mater, leapt into action immediately following the tragedy in Orlando this weekend and decided to use the annual tradition to honor those who lost their live in the worst mass shooting this nation has ever seen.

The seniors had already decided that they wanted to do something positive, according to senior Desiree Larivee, one of the students who helped pull off the “prank” with a handful of her classmates.

“We are enormously proud of our students’ collective sensitivity to the events of this past weekend,” said Interim Principal Mike Klugman. “Their genuine empathy and compassion were unprompted and they respectfully showed impressive solidarity to the ideals of tolerance and inclusion.”

Students who helped organize the tribute on the morning of Monday, June 13 were surprised by the huge turnout by their peers. “It was last minute and it just spread,” said Ella Levasalmi. “We told people to stop by between second and third period and there had to be more than 100 people who were here singing and just paying tribute.”

Students posted paper peace signs, and the names and photos of the known victims; they also purchased and set up 49 pinwheels near a flag that now flies at half mast in front of the school, and staged a musical celebration in the school’s sunniest corridor. Between classes, a group of musicians gathered in the hallway and played The Beatles “Let it Be” and “Imagine” by John Lennon; students handed out lyrics so their classmates could sing along.

“Our goal was to spread peace through music,” said Steven Okoniewski, who spent much of Sunday evening gathering musicians and choosing and practicing the music they would perform. “We felt it was important.”