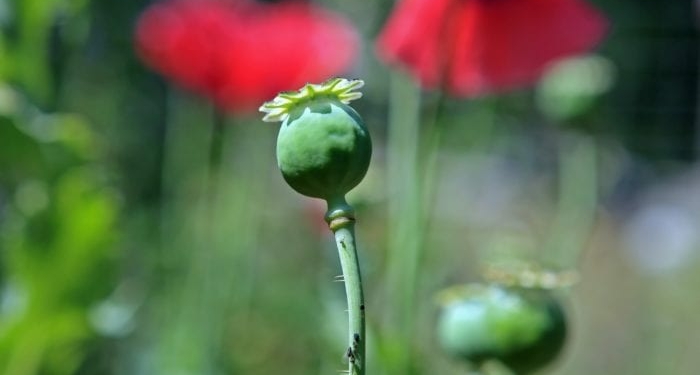 According to Opium.com, more than 75 percent of the world’s opium supply comes from Afghanistan. The highly addictive drug was the catalyst behind a high profile murder in Colonie last year, and is responsible for the growing number of overdose related deaths throughout the Capital District.

[dropcap color=”#888″ type=”square”]O[/dropcap]n Thursday, June 2, an official toxicology report released by the Midwest Medical Examiners Office revealed that the 57-year-old artist Prince died at his home in Minnesota last April of an accidental opiate overdose—making the iconic music legend perhaps the most recognizable victim in a tidal wave of opioid abuse and overdose that experts are calling one of the worst public health epidemics this country has ever seen. Across the state and the country, officials and agencies from all levels of government are working to stem the rising tide of opiate-related deaths, which have increased by nearly 50 percent over the last five years.

On the same Thursday, federal “drug czar,” Michael Botticelli, director of the White House Office of National Drug Control Policy, led a forum at the Albany College of Pharmacy and Health Sciences on the opioid crisis ravaging both the Capital District and the nation. Together with Lt. Governor of New York Kathy Hochul and U.S. Representative Paul Tonko (NY-20), Botticelli — a Troy native and graduate of Siena College — and New York’s Office of Alcoholism and Substance Abuse Services Commissioner Arlene Gonzalez-Sanchez made the case for increased funding for prevention and treatment, and explained what makes this particular drug epidemic so different — and, in a way, much more tragic.

“Eighty percent of people addicted to opiates started with a legally prescribed prescription,” said Hochul, remarking that her own teenaged children were prescribed a 30-day supply of the painkiller Hydrocodone when they had their wisdom teeth removed. “When I had my wisdom teeth out,” she said, “I was told to take a couple of aspirin and go to bed. But now there’s this whole culture that started about 15 years ago with doctors who were told they now have a product which will eliminate pain from their patients, but were not aware that they’re inadvertently creating a whole generation of people addicted to this stuff.” Doctors, she said, who were not properly warned by the pharmaceutical providers or not properly trained in the prescription and monitoring of the highly addictive drugs, are beginning to take notice of the longer-term effects of the medications that they have been prescribing, “and we’re starting to see a change in that attitude.”

“There are a lot of people who are not intentional addicts, they’re accidental addicts,” said Hochul. “That is a key difference between the drugs crisis in the ‘60s and ‘70s and what we’re seeing now. People are listening to their doctors, following their doctors advice and ending up addicted.”

Heroin, he noted, has become a much cheaper alternative to expensive pain medications, some of which can cost $40 a pill. “And the purity levels that we see with heroin now are higher.

“We have also seen a dramatic increase in illicit fentanyl, a synthetic opioid which is many, many times more powerful than heroin,” said Botticelli. “Sometimes, unknowingly, people who are addicted to heroin are getting heroin laced with fentanyl — or sometimes just straight fentanyl — and we’re seeing significant overdose increases across the country from people who are overdosing on fentanyl-laced heroin.” (According to the autopsy report released earlier that day, Prince’s death was the result of a self-administered fentanyl overdose. While it was unclear how the late artist obtained the drugs, CNN reported that an attorney for Prince’s half-siblings revealed that the singer had an addiction to Percocet decades before he died, and that the artist started using the drug to help him deal with the rigors of performing, and not for recreational use.)

“I don’t know what the outcome is going to be,” said Botticelli. “But, we have too many tragic deaths as it relates to the opioid epidemic. And, the preliminary data for 2014 shows that has dramatically increased yet again.” State and federal proposals to address the epidemic, he noted, will not be sufficient without more funding for treatment.

“This is the reality,” said Gonzalez-Sánchez. “We really need to start looking at those numbers and what they mean.” After listing a series of aggressive reforms undertaken by New York state already — the signing of an historic package of bills to combat heroin; the expansion of insurance coverage for substance use disorder treatment; increased access to care and enhanced treatment capacity across the state, including a major expansion of medication-assisted treatment; the expansion of recovery and peer support services; the launch of an anti-stigma public education awareness campaign; and the development of departmental best practices to deal with prevention strategies — she concluded that, “the problem is still persisting.”

Noting that, last month, Gov. Andrew Cuomo created an action-oriented task force, headed by Hochul, which has been tasked with devising a list of actionable items, including regulatory and policy changes that will be brought forth for action before the end of the session, Gonzalez-Sanchez said, “We cannot do this alone. We need federal government’s support and partnership, but we also need to support our federal partners in their efforts to obtain more funding.

“As you have heard,” she continued, “the president has called on Congress to pass $1.1 billion in new funding to be sure that every individual with an opiate addiction gets the treatment that they need in real time, not after waiting for months or weeks. But we also know that this needs funding attached to it, so we need to garner support for this plan to pass so that we can build and expand on what we have already developed.”

Other state-level actions include legislation introduced by local state Assemblyman Phil Steck, who hosted a substance abuse forum on the evening of Wednesday, May 18 in the Village of Colonie, where he was joined by Colonie Police Chief Jonathan Teale and Albany County Sheriff Craig Apple, as well as several victims of opioid abuse and agency advocates, in a public discussion about the personal effects of opiate addiction and some of the steps that local officials are taking in an effort to combat the problem locally.

“Last year, Colonie had 286 reported overdoses,” said Teale. “We have answered calls for overdoses happening in broad daylight while stopped at a traffic light, we have responded to calls for addicts overdosing in restaurants, gas stations, parking lots and restrooms.” Nearly a third of those calls, he said, were for opiate overdose.

Steck believes his legislation — Assembly Bill 9501 — will provide families and law enforcement officials with better options when attempting to help victims of drug addiction. The bill would allow emergency intervention for individuals who have become incapacitated and are deemed a threat to themselves or others, by allowing them to be held for detox treatment at a treatment facility or hospital involuntarily for up to 72 hours if they become incapacitated due to their addiction. If it is subsequently decided by the reviewing physician that the person’s chemical abuse is likely to result in harm to themselves or others, a petition can be made for them to be admitted for involuntary treatment for up to 90 days.

The petition process is meant to help parents, spouses and other loved ones get an addict the treatment they need even if they refuse. Loved ones can not file a petition directly, but can request that treatment care providers do so when they feel that the individual will likely still present a threat to themselves or others if released after only 72 hours of sobriety.

Apple said that he prefers to keep an addict in treatment for 3-4 months before he feels that they are likely to have achieved a level of recovery that stands a chance of being maintained and managed through outpatient rehabilitation services and monitoring. Once they’ve done that, however, he would like to give them a job — for $20/hour.

“What we’ve done is we’ve partnered up with a couple of local construction companies,” said Apple, declining to name which ones. “They’re all about helping people and giving them second chances, and we process them and give them physicals, provide them with the necessary equipment and they go to work. So far, I’ve got two people out on the street working and, while it’s only been running for two weeks, it seems to be going successfully.

“I think,” said Apple, who placed the brunt of blame for the epidemic squarely on the shoulders of the pharmaceutical industry, “if you’ve done your time and you’ve paid your debt to society and you’re clean and sober and continuing to follow through with your treatment; if we, as a government, can then provide you with a job—I think we’ve done all that we can do to give you every chance to live a clean and healthy life. And now it’s up to you.”

The nascent program is currently offered to individuals coming out of Albany County Jail and to some returning home from the state system, according to the sheriff, but they’re taking it slowly. “We don’t want to inundate these companies before we know how the program is working,” Apple said. “We’re taking baby steps and trying to deal with issues as they arise. We have two people working and it seems to be going well, but we also know what the failure rates are for recovery and expect that there will be some regression. But if we can keep a couple of people clean and working, that’s a win for everyone.”

“Our goal is to save lives and provide long-term solutions that will put people on the path to recovery. Help for those struggling with addiction must go beyond the use of Narcan,” said Steck, referring to the medication often used to successfully revive overdosing addicts. “Those who have overdosed should be provided with the resources that will help them return to a safe and healthy life, such as access to long-term treatment programs.”

Until they are able to get into treatment, families and friends of opioid addicts can visit Catholic Charities at 40 N. Main Avenue in Albany to obtain a Narcan kit and receive training in how to revive an overdose victim. “I steer everyone to Catholic Charities,” said Apple. “They’re awesome. I actually do the same Narcan program for inmates, who are then given a kit when they get out. I don’t know who else gives out the kits, but I know that Catholic Charities always has them.”

“I want to give a shout-out to our law enforcement community,” said Botticelli. “There has been a sea change in how our criminal justice system and our law enforcement folks have approached people with addiction. When I hear local law enforcement say that they know that they can’t arrest and incarcerate their way out of the problem, that they’re saving lives with Narcan, and that they’re going further to figure out how to work with other agencies to get people into long-term recovery. I think we’ve really turned a corner in introducing and understanding this as a health-related issue.”

“We know this is a multi-faceted problem and it takes all of our community partners working together,” he said, concluding with a quote by Dreamland author Sam Quinones. “He said the solution to our epidemic is not Naloxone, it’s community. And I fundamentally believe that our solutions lie in all of us working together — federal, state and local governments—and every community stakeholder has a role to play here.”

Local results from the Freihofer’s Run for Women