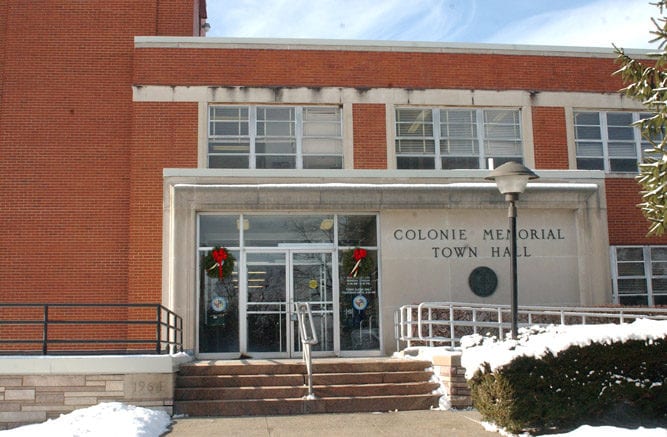 The town’s financial stability and continual growth are the main factors behind flat tax rates for taxpayers in 2016.

Town Supervisor Paula Mahan presented the preliminary budget to the Town Board Wednesday, Sept. 30, which she said would stay within the state mandated two percent tax cap. She proposed a $1.8 million increase from 2015, or 2.14 percent, bringing the 2016 budget to $87.3 million.

The budget includes a flat total net tax rate, which means a continual rate of $3.89 per $1,000 of assessed property value. Town officials said the median homeowner, assessed at $143,000, would actually see a slight decrease of about 13 cents on their annual bill.

The flat tax rate is due to the town staying within the state tax cap and an increase in the town’s overall assessed property value.

This budget allows homeowners to once again qualify for the state’s tax rebate program next fall. Residents should be seeing the current year’s rebate soon, said Mahan.

Due to necessary repairs and improvements to the Pure Waters Department aging infrastructure and increased debt service, sewer rates will increase about $2 per month.

Increased operating costs will bring the water rates from the Latham Water District up five cents to $3.40 per 1,000 gallons—a 1.5 percent rate increase, which will impact the average homeowner about $3.75 per year.

The overall increase in the budget covers the costs of labor contracts, what the town is mandated to pay to the state retirement system benefits and the debt system, which are things the town has to pay every year, Mahan said.

There are also overall increases in maintenance for costs of energy, snow removal, sewer management and storm water. For the second year, the budget accounts for a five-year $10 million paving plan to address infrastructure needs, along with a 10-year infrastructure plan for the Pure Waters and Latham Water departments.

This year saw several infrastructure repairs for both departments. The Latham Water District began a $1.3 million project to replace pumps, motors and electrical switching gears at its Mohawk View High Lift Pump Station. An overhaul of the River Road Pump Station is in the works, and the district has been replacing aging water mains.

Pure Waters upgrades included design for an overhaul of the Lisha Kill Pumping Station to reduced maintenance costs and increase efficiency, with a $1.2 million plan to repair the Wolf Road Pumping Station in the works. All of these are part of long-term repair plans.

“Infrastructure is our main focus, and public safety,” Mahan said.

As well, the town continues to build up its reserve fund. By the end of 2014, the fund rested at $3.45 million, which means the town is nearly $500,000 away from its goal of $4 million, as suggested by State Comptroller Thomas DiNapoli. Mahan said this was a vast improvement over the depleted fund balance the town had when she first took office in 2008.

“Our goal,” she said, “is to keep the budget as cost effective as we can while maintaining a high level of service.”

A public hearing is schedule for Thursday, Nov. 5, for those who wish to comment on the budget. A vote should be held the following meeting, Nov. 20, in order to adopt the budget by the end of the month. Mahan said she does not anticipate any changes to the budget by then.

Tips when celebrating Halloween at school