There was something peculiar about Carla as she approached me from across the room. Her gait was unsteady and she looked confused as she navigated the crowded room of the home where we’d gathered to sit Shiva. When Carla stepped in to greet me the smell of alcohol was overwhelming. Encountering someone so heavily intoxicated at a pubic bereavement service was a first, so I braced myself. “You’ve done a great job with the weight loss, Stacey, “ she slurred. “But your ass is really big…you’ve still got a fat ass.” I stood in horrified silence with the friend I’d been conversing with. We were both too stunned to speak as Carla stumbled away, alcohol fumes trailing her departure like a caustic blast of dragon’s breath.

Carla was hammered. But that didn’t make her proclamation go down any easier. I could feel the mercury of outrage rising up in me. But I was there to comfort and support a grieving family who are dear friends of mine. It would not have been the time to yank Carla by the throat to draw her perilously near to me so I could hiss through clenched teeth that she was being inappropriate. Instead, I took a deep breath, and let Carla make her way around the room like a deranged bag lady.

My history with absorbing bigoted, vitriolic remarks about my size is long. Being a chubby child meant I was the subject and object of much derisive amusement for the boys who rode my school bus, classmates, girls at summer camp, even babysitters. High school was a frightening and unnurturing place, leaving me emotionally unprepared to deal with life upon graduation, let alone soar on the currents of greatness or some syrupy platitude that the principal recited into the microphone at graduation.

More than half my life was spent bouncing between the extremes of dieting and binge-eating. For 20 years I weighed in excess of 300 pounds. I come from a long line of famine-survivors so my blood pressure and other stats were good, but my energy was non-existent. And I was tired of wearing black stretch leggings everyday.

Six years ago I embarked on a new way of living that had me dropping 180 pounds. I cut out gluten and cow dairy, but I also paid attention to the size of food portions and to the uncomfortable emotions that drove me to overeat in the first place. I started slow, but soon discovered I loved all forms of exercise, including yoga, distance-walking and weight lifting.

Preceding the weight loss was lots of inner healing. Wounded to the core and with no sense of self-worth put in place during my formative years, I began to get irate. I began to question the collective voice that said I wasn’t OK simply because of the size of my body. Ah, I cherish the memory of me, circa age 25, chasing down a ‘gang’ of cowardly teenage boys at the mall who mooed like cows in my direction and rocket-launched names and from a safe distance. How satisfying it was when they scattered like rats as I, snorting mad, stormed over to confront them.

I love having 180 pounds off me and I’m very clear that being a smaller size doesn’t make me a better human being, it simply means I’m freer. Still, I would have thought that the insults and demeaning queries would have ended on that joyful day that I was able to step into a size 8 pair of jeans.

But as Carla so eloquently proved, such a Utopian existence is not the case for a former fat chick. It seems that even the formerly fat aren’t exempt from our culture’s voracious appetite for critiquing. Carla was hardly imparting new information to me. I’m fully aware (despite not having a direct view of it) that my posterior is my largest and most pronounced…asset. And not so much in a Jennifer Lopez kind of way (I wish). Unlike J-Lo, my derriere is, well, not as tightly wound. I also know lipo-suction is an option. But it’s an option I haven’t taken and I don’t owe apologies for it. Maybe it’s too costly, or that I’m afraid of going under the knife, or the risks outweigh the benefits. Or maybe I’m simply exercising my right to be imperfect.

Even it if means having to field the occasional rude question, such as “what’s your goal weight?” or “have you gained weight?” Yes, someone really asked me that. Point blank. And it was a friend, whom I’ll refer to as Martha.

It’s probably important to note that Martha is obese. And it’s also important to note that my reaction was yet again stunned silence. Martha didn’t just stop at the question; she went on to announce that my arms didn’t look as ‘good’ as they once did. And she was probably right. I’d come out of a six-month injury to my shoulder that curtailed my lifting. OK, so I softened up, but should that green-light scrutiny from others?

As Martha’s question hung in the air, everything went kind of blurry and I vaguely recall excusing myself from the room. It briefly flashed across my mind to lob back a ‘what about your weight?’ retaliation, but I didn’t want to play that game. It would be hypocritical and contrary to my deepest principles. Several weeks later she and I had a frank discussion about the incident via e-mail. I accepted her apology and we’ve returned to good terms, but the dynamic between us has never been the same.

You did good, but not quite good enough is the message I’ve gotten from some during my newfound years of svelteness. So what to do with the Martha’s and Carla’s of the world?

In Carla’s case I chose not to resurrect the incident. It was highly unlikely that she’d remember it anyway. As for Martha, I know from my own character flaws that her disconnection to her obesity and the physical trap she was in prompted her to target someone else. Which is understandable, but no one’s allowed to do that to me anymore.

Here’s the truth that no woman should have to explain: I don’t want to spend the majority of my time and energy pursuing an ideal that’s not realistic for me. Knowing this is as freeing as having the weight off. It leaves me free to do things like write more books, spend time in the kitchen making food for people I love, do a challenging yoga workout, or even learn a new language.

I’ve done enough work on myself weight-wise. I’m happy with where I am. If you find that insufficient, that’s you’re problem. And if you come at me with an insulting remark about my proportions – I’ll be ready this time.

Stacey Morris is a health blogger and author of “Clean Comfort”, which tells the story of her maintaining her weight loss. 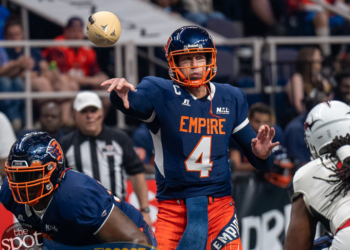