Planting a seed for STEM to grow 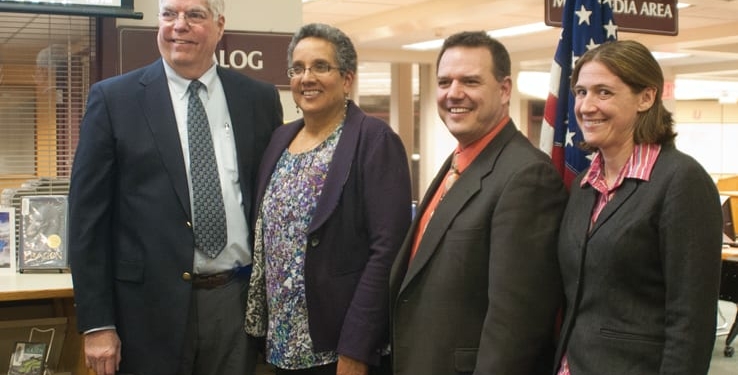 A local man is hoping his monetary donation not only enhances STEM education at the school district, but also encourages other community members to open their wallets.

Wing said he’s starting a new phase in his life and decided he wanted to “give back a little bit.” His wife, Priscilla, suffered a serious stroke in 2008 and he was her full-time caregiver until her death last summer. He has lived in the district for more than three decades, with his two sons graduating from the district.

“I reviewed my finances and concluded I have enough money that I can give some of it away,” Wing said. “I like working with kids and I am hoping this STEM initiative is something that will help Bethlehem students.”

Part of what led Wing to focus his donation towards STEM education is how the study area has received substantial attention in recent years. His background also fits well into the field; he holds a doctorate in engineering and operations research. He has worked at the State Education Department, Albany Medical Center and Center for Health Workforce Studies.

“I learned to be a data miner before there was any data to mine,” he said.

Bethlehem Superintendent Thomas Douglas said district leaders would form a STEM Advisory Committee, which will have Wing, a school board member, educators and community members to develop a long-term plan for STEM integration.

“We are really at a good time because we are going through a building condition survey to look at potential upgrades and that could be an added incentive,” said Douglas. Infrastructure upgrades could be available for state aid, too.

Upgrades across technology classrooms at the high school were already on tap, but the donation will likely lead to additional investment.

“They were already committed to making some improvements,” Wing said, “and my contribution helped stimulate some additional things that I think is going to make it possible for the students to do some interesting things.”

“Some of it is really fun,” said Wing. “The kids, ultimately I am envisioning after four years they are going to have a cadre of one, two, or maybe three teams of students that have worked on robotics over three to four years of high school.”

He said there are several other areas STEM “could wave its fingers into,” including 3D printing and using technology to explore other artistic endeavors.

“There are all kinds of possibilities for linking and coordinating, showing kids that you really can do exciting things by working together with other students,” said Wing. “There is a lot of stuff going on in all branches of science.”

Wing’s $100,000 overall donation, while substantial, is hoped to be the catalyst for continued investment from the community.

“One of my goals for my participation over the next four years is to … strong-arm some of the members of the community to try to double my contribution from outside sources to make this a success,” he said.

Get To Know: Matthew Bixby