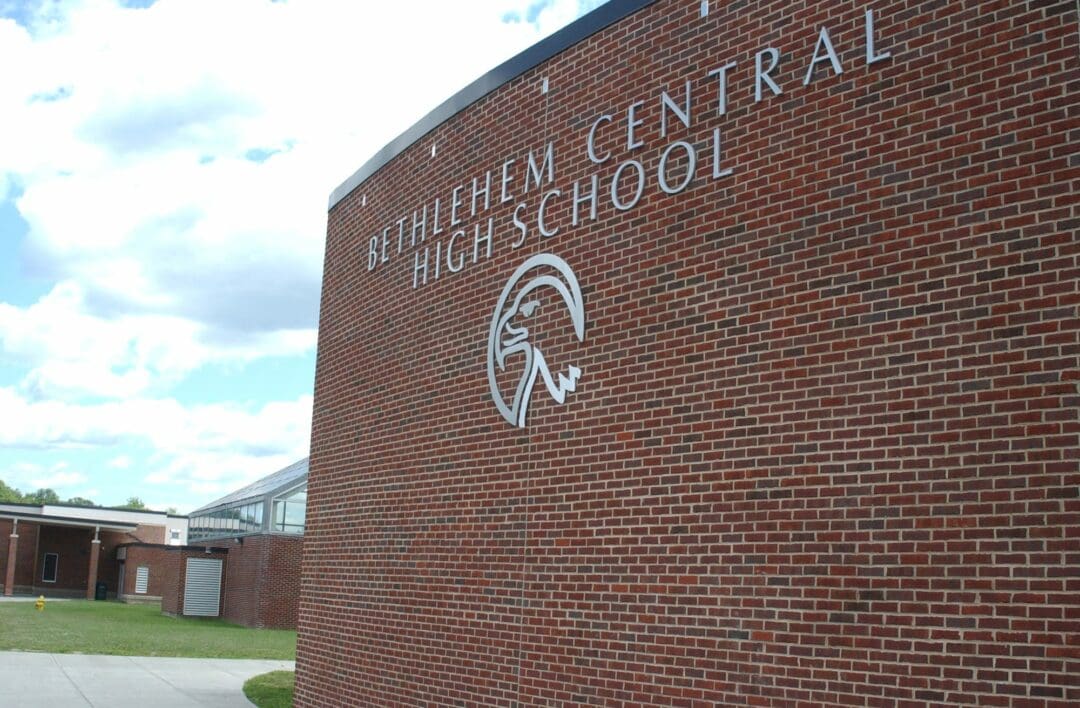 Some Bethlehem Central High School students were upset last week and took to Twitter to complain after their cars were ticketed for parking in the school lot without a permit.

Administrators said 29 cars were ticketed on Monday, Sept. 29. The tickets didn’t include a fine, but indicated the students’ cars would be towed if they drove to school again without a parking permit.

“The last thing we want to do is tow a car,” said Administrative Dean Anthony Malizia, who oversees the ninth and 11th grades. “Once we found out who the cars belonged to, we spoke to them about the importance of getting a permit. We’re making every attempt to not have to tow someone’s car.”

Only juniors and seniors are allowed to drive to and park at the high school, and about 150 students have signed up for the $50 parking permits. The permits are used to provide access to the limited number of parking spaces at the school.

School officials said the recent round of tickets were handed out to make students aware of the parking issue.

According to Administrative Dean Dave Doemal, the money from the permits ends up in the general fund. He said most other schools in the area also charge their students for parking permits.

A number of students declined to go on the record with their complaints about the permit process because they were worried their parking privileges would be revoked, but Doemal said those concerns were unfounded.

Officials are telling students that if they want to see the policy changed, they should go through the process of speaking to the Student Senate, principal or district administration.

“Some students had an issue with the cost, and we told them to utilize the appropriate channels to voice their opinion,” said Doemal. “I think that’s one of the benefits of Bethlehem. It’s a great skill for them to learn, and we want them to be advocates for themselves.”

Doemal said the reason some students may have felt the tickets came as a surprise is because enforcement of student parking rules was lax last year and left up to the responsibility of students. However, he said, the policy has been in the student handbooks for years.

“The problem became the students who did pay for a parking pass couldn’t find a spot because other students without a pass were taking them, and they didn’t think that was fair,” said Doemal.

The parking lot congestion problem has been compounded due to budget cutbacks that have made it so the school can no longer afford a parking attendant. This has also contributed to the problem of traffic flow in the morning.

At a Board of Education meeting last month, Principal Scott Landry said the parking situation last year “had become like the Wild West,” with students trying to find spaces in the morning, and parents trying to drop their kids off at school. He said the fee was reinstated more to establish a sense of responsibility.

Superintendent Tom Douglas said at the meeting money was unlikely to be found to pay for another parking attendant, and one of the best solutions would be for more students to take the bus or walk.

Board Member Joanne Cunningham said the $50 price seemed high and wondered if something could be done for students who have to drive because of an after-school job or sporting event. Some sports, like hockey, hold practices off of school property.

Landry said the school could possibly look into refunding a portion of the fee for those students.

At one time, the parking fee was much higher at $120. The money was meant to go to expand the parking lot, but board member Lynn Lenhardt said the community rejected the proposal to expand parking, saying they considered it a privilege for students and not a right.

For now, Doemal and Malizia are monitoring the parking lot when they have free time.

“Our goal is not to punish the students, but make sure they do the right thing and follow the policy in the handbook,” said Malizia.