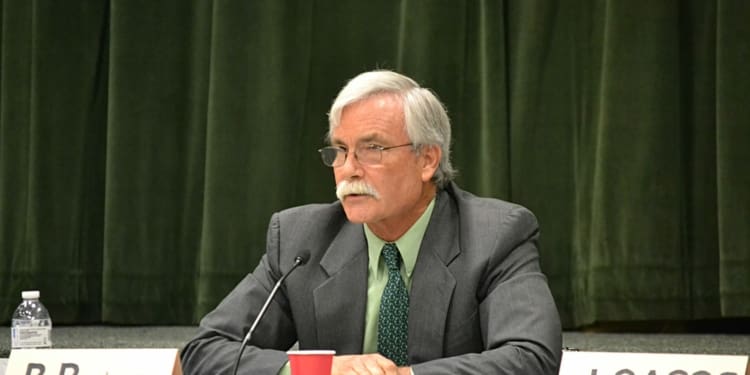 Four candidates vying for two open seats on the Bethlehem Town Board worked to distinguish themselves from one another at a recent candidate forum.

Candidates were given the chance to answer questions from the audience on Tuesday, Oct. 22, at an event sponsored by Spotlight News, the Albany County League of Women Voters and the Capital Area Council of Churches.

Reinhardt is the only candidate running for re-election. He won the seat last year in a special election. Appointee George Lenhardt previously held the seat after Mark Jordan stepped down to run for town justice. The other seat is being left open by Councilman Kyle Kotary, who opted not to run for another term.

Although they are from different parties, the candidates had similar views on many of the questions asked. Most candidates felt the Wemple Corners Project should not be developed as proposed. They also felt it might be time to broaden the search for businesses suitable for the Vista Technology Campus.

“Vista has been a disappointment,” said Jasinski, who suggested a manufacturing business might work better then a tech company.

The candidates did diverge when it came to taxes. No one felt year-to-year tax increases should be the status quo, but Reinhardt said they are needed to maintain staffing levels and town services. Sasso said she had a $100 increase in her tax bill last year, but “didn’t begrudge giving that money to the town to pay for services.”

Like Republican supervisor candidate Fred DiMaggio, Cunningham said fund balance should be used to provide residents tax relief. Jasinski said just because Sasso is fine with giving an extra $100 to the town doesn’t mean the increase fits into the budgets of others living in Bethlehem.

To watch the full video from the town board forum, click here.

The three remaining candidates for highway superintendent also participated in the forum.

After the September primary, remaining in the race were Independence Party candidate Terry Ritz, Republican Howard Hyer and Democrat Brent Meredith. Ritz also has the endorsement of the Conservative Party.

The superintendent position has been vacant since former Superintendent of Highways Gregg Sagendorph retired in April. The Bethlehem Town Board appointed Public Works Commissioner Erik Deyoe to act as interim highway superintendent until January.

This followed a referendum vote put forth by town officials that would have abolished the office of highway superintendent as an elected position, clearing the way for a civil servant to be hired to help manage the Highway Department under the public works umbrella. That referendum failed 3,086 votes to 1,969.

Specific ideas from candidates ran the gamut. Ritz suggested integration of a GPS system to track trucks and save on fuel. Meredith wanted to repair and install more sidewalks. Hyer said he would like to see an additional use of technology, but said most part the Highway Department is being run efficiently.

The election is Tuesday, Nov. 5.

To read coverage from the previous highway forum held in August, click here.