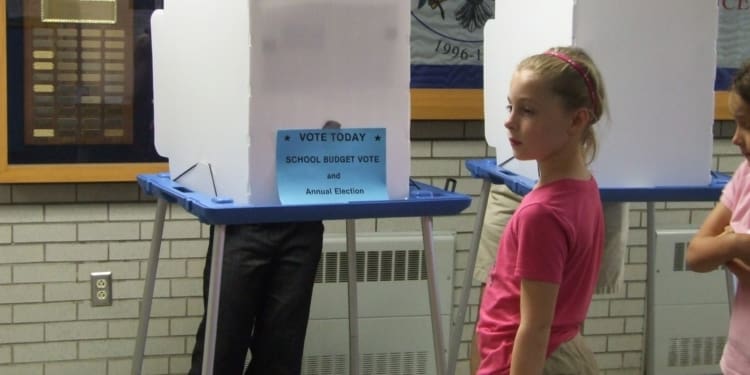 The North Colonie Central School District residents approved of a 2013-14 budget that stays within the state tax cap on Tuesday, May 21.

The $98.2 million budget passed by a vote of 1,445 to 688 and will increases spending over the current year’s plan by 4.25 percent. The budget’s 4.32 percent increase to the tax levy does not exceed the state tax levy limit but hits the maximum levy limit.

The district will receive an additional $290,000 in state aid when compared to this year, $251,000 of it attributed to the Gap Elimination Adjustment.

Administrators have said the district looks to attrition for savings and has not laid off any full-time instructional employees. There will be no program cuts next year.

The district will continue to employ six instructional coaches that served as Common Core Learning Standards specialists in math and English language next year. Any reductions to programs or classes are enrollment-driven.

Peter Fil, a teacher at Hudson Valley Community College, has a son in the North Colonie District and voted in favor of the 2013-14 school budget.

“Everything is being cut, cut, cut. Education is very important to me. It’s important that my son gets the education he deserves,” Fil said after voting at Latham Ridge Elementary School.

Fil added he believes it’s good the budget stays within the tax cap.

“They’re trying to do what they can within the bounds,” Fil said. “Anything we can do to push education … as long as it’s being spent wisely.”

Jeff Covington has two children in the district and voted for the 2013-14 budget at Southgate Elementary School.

“I want my son to have a good education,” Covington said.

Covington said he believes if the budget were to have go above the cap, he still thinks residents would have voted for it.

“I think if they wanted to do it they could have gone over it,” he said.

Joan M. Hart and Sandy Pangburn were reelected to the Board of Education after running unopposed. Each member will begin a five-year term in July.