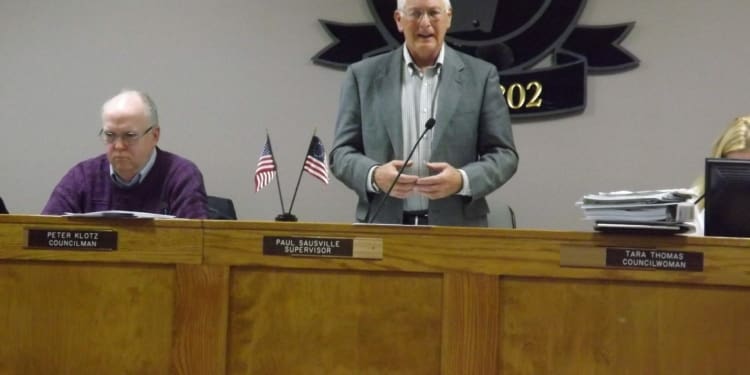 After five years of revisions and discussions, the Town of Malta has a new form-based code that will set the tone and tenor for downtown development.

The vote was taken at a Monday, Feb. 4, board meeting, and Supervisor Paul Sausville cast the only dissenting vote.

“You’re trying to put a square peg in a round hole,” he said. “It is already difficult to do business in Malta, this will make it even more difficult. … There will be real serious ramifications down the road.”

According to Tony Tozzi, the Town Planner, this is a new form of zoning has never been enacted in New York State.

“This new form-based code has a great deal of detail and will allow developers to know up front what is needed,” he said.

The new code sets strict building design standards, which Sausville argued will discourage developers. Proponents, on the other hand, said the format promises quick approvals to development proposals that meet standards, which may draw developers to the growing town. Under the streamlined zoning process, projects that comply with the new zoning rules are eligible for administrative approvals by the town Building and Planning Department, rather than having to go before the town Planning Board.

“This is a product I am very, very proud of as it shapes the future of downtown Malta,” said town Councilwoman Tara Thomas.

“This is putting something in place that is the forefront of planning,” he said. “We are already seeing surrounding communities taking steps for form-based codes.”

“We will be zoning for exactly what we want,” he said. “If you can meet our stringent requirements, you can do your project. That is huge for the Town of Malta.”

Under the new zoning, four-story buildings such as hotels could be allowed just east of Northway Exit 12, and mixed residential-commercial projects would become the norm in the downtown area. This is one of the features that Sausville objected to.

“We are a suburban town evolving into the 21st century,” he said. “I know we’re not in the horse and buggy days, but residents I’ve heard from want a more hamlet style.”

Board members said that style is being met with the incorporation of “complete streets” and other measures for making the downtown more pedestrian-friendly to encourage people to live and shop there.

Before the vote, the board decided to exempt the proposed Malta Crossings mixed-use project on Route 9 from the new zoning because it already has several town approvals. Its buildings will need to meet the new architectural standards, though, and the exemptions will only be good for the next five years.

Local business leaders, including the Saratoga County Chamber of Commerce, are pleased with the new zoning law.

“This will be a brand new connection to Malta,” said Chamber President Todd Shimkus. “This will set a model for other communities across New York State. I am happy to be here in Malta: the center of the universe.”

The town’s previous zoning code, which was adopted in 2005, allowed high-density downtown development. Negative public reaction to the five-story Ellsworth Commons apartment-commercial project on Route 9 led to a zoning review.

The new code also brings zoning into compliance with the downtown master plan the Town Board adopted in 2011, which called for scaling back the size of new downtown buildings.

Tozzi said in order to facilitate the new form-based code zoning, a daylong workshop will be held in March to help people understand the new process.