RCS super: Give me a chance 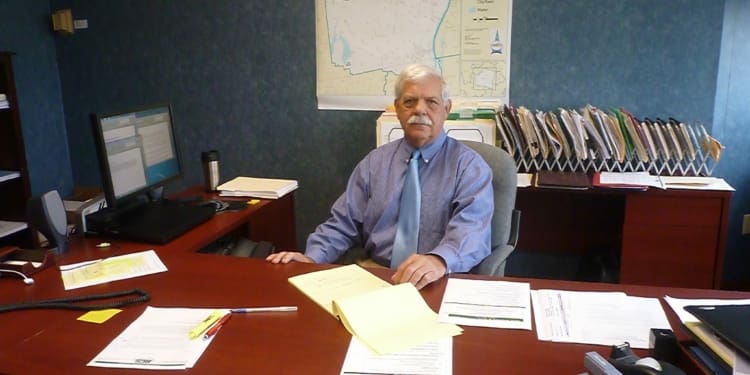 Alan McCartney is looking toward the future — and away from the past — as he steps into his new role as interim superintendent for the Ravena-Coeymans-Selkirk Central School District.

McCartney was narrowly voted into the position at a recent school board meeting on Tuesday, Oct. 9, but four of the nine school board members were against the idea of the former Voorheesville superintendent replacing Elisabeth Smith as head of the district. McCartney left his previous post after an audit from the state comptroller’s office found he was misappropriating district funds.

Smith’s last day as superintendent was Friday, Oct. 19. Days into the job, he spoke with The Spotlight on his record and what he hopes to accomplish in the troubled district.

“I’m trying to move forward,” said McCartney. “The only way you can distance yourself fromanything is to accomplish the job you’ve been hired to do and so good, bad or indifferent, I have a ton of experience in this job. As I’ve told some people, this is not my first rodeo.”

The 2005 audit found McCartney and his former assistant superintendent Anthony Marturano improperly paid themselves $216,000 for leave and other employment benefits. Another $11,500 was also found to have been charged to or reimbursed by the district for various “personal expenses,” like hotel rooms, food, gifts and alcohol.

The Albany County District Attorney’s office eventually decided not to pursue criminal charges, but the Voorheesville Central School District sued in an attempt to recoup some of the lost funds. In April of 2007, a settlement of $40,000 was reached.

McCartney called the incident “a contractual mess-up” at the end of his tenure with the Voorheesville district. He said the event caused a “storm” for his loved ones and instead of continuing to fight the audit’s findings, he decided to back off for his family’s sake.

He is now meeting with faculty, staff and members of the community to help ease their minds and answer any questions they may have. He is hoping those within the district will look at his 16 years of experience and think of what he accomplished at Voorheesville.

“We created new programs for the humanities, increased reading and math scores and were ranked No. 1 in the Capital Region for a long time,” he said. “We increased graduation rate and attendance rates, built brand new facilities and a performance arts center.”

McCartney said RCS is on the right track, and now he wants to work on getting rid of programs that are unpopular or aren’t showing progress. He is also looking toward the coming budget session, but added a priority will be to change how people perceive the district.

In recent months, a member of the school board was arrested and another proclaimed himself a sovereign citizen. Lawsuits have been filed against the district and the state Education Department reviewed allegations of voter fraud during the May budget vote.

McCartney compared the school district to a ship and said if everyone is rowing in different directions, the ship stays in one spot.

“What I’ve got to do is steer the ship so it starts to catch the wind and we’re all going in the same direction,” he said.

McCartney said there are too many “extraneous issues” that are being left unsolved, and he is hoping to get them taken care of so they no longer hang over the good work the district is doing. He sees outside influences as hindering the educational progress of the district.

The superintendent is now working to make sure parents are better informed to help prevent rumors and is meeting with each school board member individually to hear them out and promote an atmosphere of compromise.

“You cannot let all those external things move you away from what your vital mission is, which is the education of the district’s children,” he said. “If I have to make a decision, I ask myself how the outcome is going to impact the students, and that’s how it has to be.”

Fiction that hits close to home

Hope on horizon for Colonial Acres