Remembering the horrors of 9/11 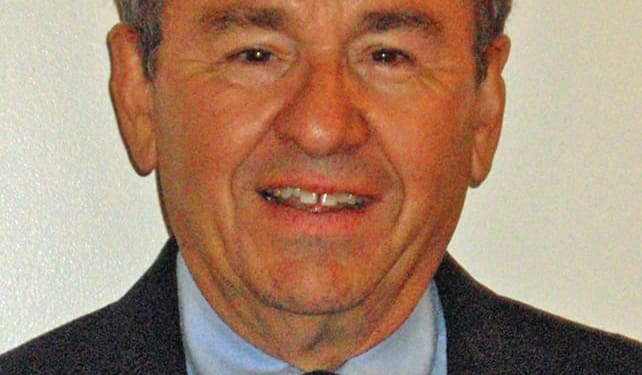 Roger Dames was first approached about the terrorist attacks on Sept. 11, 2001, shortly after the first plane hit the North Tower of World Trade Center because a colleague at the Colonie Senior Services Center knew he was a member of the Coast Guard reserves.

Dames, coordinator of the Driver Fitness Center at CSSC, said he figured it was just a small plane that had went awry, but when he watched the second plane hit the South Tower 18 minutes later, he knew that there was something bigger going on. At this point, he was merely waiting for the phone to ring with the call for him to serve his country. At 11 a.m., he got that call.

“It’s a very difficult feeling to describe,” he said of that moment he was asked to head to New York City first thing the next morning. “There was hollowness in my stomach … I probably had the same feeling in 1962 when I got called to go to Guantanamo Bay during the blockade. It’s just hard to describe.”

It wasn’t an easy trip though, as most of Manhattan had been shut down. Dames, a Marine science technician master chief, had to get through different checkpoints by showing his ID card. The Staten Island Expressway was bare except for some local traffic and vehicles that were bringing over the rubble from the buildings to the landfill.

When he got there, Dames said, he could still see some of the smoke rising. He immediately reported in as a commander and was to report only to the admiral at the base. His instructions were to advise the other enlisted people and bring in the reserve forces.

He began finding many of them places to stay and set some of them up in hotels.

He didn’t make it to ground zero until a couple of days after the attacks, but he had heard the Coast Guard was evacuating all of Manhattan, with well over 100,000 residents, to places such as New Jersey.

“The environment was just as expected,” he said. “It was cloudy with dust and dirt. The first thing I picked up on was that the people working as first responders didn’t have a lot of the stuff they needed. They had dust masks. We all know that when they built the building, they built it with materials that are not the best things for your lungs.”

Dames began helping members of the Coast Guard get into plastic suits with overalls, respirators and hard hats. The Coast Guard didn’t do much of the digging, he said, but they were more in charge of going in and out to rescue people and provide security around the island.

“It’s a very difficult feeling to describe,” he said of that moment he was asked to head to New York City first thing the next morning. “There was hollowness in my stomach … I probably had the same feeling in 1962 when I got called to go to Guantanamo Bay during the blockade. It’s just hard to describe.”

Dames had been in these sorts of situations before, but nothing compared to what he experienced then. Sure, he’d seen his share of death as an Albany City Police crash investigator, but never had he seen so much crying, he said. People were hanging pictures of loved ones they lost in the attacks on the fence. It was also hard to see a building, where he once ate at a restaurant at the top, smoldering in a pile of rubble.

More and more fender benders started to pop up around the ground zero area. Dames said it was a result of many of the people driving under stress and not getting a lot of time off to relax, with some going 70 days without a day off. Dames soon helped develop a stress-related driving course for them to practice on.

“We went to Wagner College and developed a course for stress driving and safe driving,” he said. “It cut down on the rate of accidents significantly.”

What struck Dames the most was watching many of the younger people on the Coast Guard, some of them being 17- or 18 -year olds, being pulled into active duty under Title 10, who had never before experienced death and destruction on such a large scale. He said it mentally attacked them, not only because of what they were witnessing, but also what they were leaving behind.

“All of a sudden they’re pulled into the military fold making a fifth or 10 percent of what they were making as a civilian,” he said. “It created frictions and problems with not getting a lot of time off. It caused problems at home, and I had to try and get in there and mediate things.”

About five to six weeks later, when things began calming down around ground zero, the Coast Guard began sending people home. Dames said it was difficult to get people home to their families because many of them didn’t have the cash to get home. He said he remembered shelling out around $1,800 in cash out of his own pocket to get kids home to visit their families.

Dames briefly mentioned some of his experiences during CSSC’s Remembering Those Who Keep Us Safe event, Wednesday, Sept. 7, at the Beltrone Living Center, but said that most of it was things he didn’t want to remember.

CSSC Executive Director Ed Neary said he started the ceremony with member John Defiggos as a remembrance event. The event was soon expanded to honor the many first responders in the area, but this year it was meant to honor one of its own.

“I think it’s a reminder that we can never feel too safe,” he said. “The potential is always there. It’s encouraging that people, especially the first responders, are here to help us out.”

“I think of how fortunate we are to live in a safe community and we encourage the first responders to keep up the good work,” he said of the event. “That’s important to a senior citizen.”

It was 21 months since the attacks when Dames, who is now 68, had reached the retirement age of 60. The admiral checked with him to see if he should send in a request to Washington to have him stay longer. Many people took that option and were taken in by new units. Some of them even ended up going overseas to fight in Iraq or Afghanistan. For Dames, though, he had enough.

“At that point, it was just my wife,” he said. “I was away long enough. I felt everything had slowed down to a point where someone else could come in and take over my job.”

Appeal rests on a mother’s nod