Santabarbara to run for 105th district

Schenectady County Legislator Angelo Santabarbara, D-Rotterdam, announced that he will be running for the 105th Assembly district at Eunice O. Esposito Park in Rotterdam on Sunday, June 6, at 12 p.m.

Santabarbara, who will be running against Republican incumbent George Amedore, R-Rotterdam, was critical of the current state of government in Albany and the need for change in Albany.

Its no secret that our state government has problems, said Santabarbara. `When our state representatives don’t take action, opportunities are lost…We hear promises and see no results.`

Santabarbra said that his background in engineering and the hard work ethic instilled by his parents, immigrants from Italy, will help to bring change to the Assembly if elected

`It does not make sense to send the same people to Albany to get nothing done,`said Santabarbara. `I stand ready to be a new voice in Albany to make the change we need.`

County Chairwoman Susan Savage, D-Niskayuna, spoke at the announcement in regards to the change needed in Albany. Currently, Savage is running for the State Senate’s 44th District.

Congressmen Paul Tonko, D-Amsterdam, said that he endorses the Santabarbara campaign and knows that Santabarbara will help to bring a new voice at the state level. Tonko is a former assemblymen from the 105th district.

`I know that Angelo will bring that voice of change,` said Tonko.

In a release, Santabarbara said that the tax burden on middle class families is ` beyond intolerable.`

`I have voted to cut county taxes and create private sector jobs through targeted economic development and partnerships with labor and business. Now its time for Albany to change, and the only way that is going to happen, is if we send new leaders to Albany who have experience doing what we know needs to be done- relieving the property tax burden and strengthenin our economy through job creation,` he said.“ 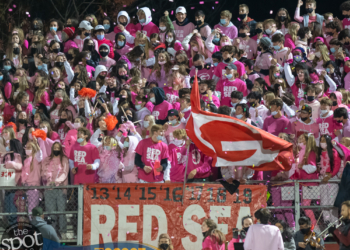