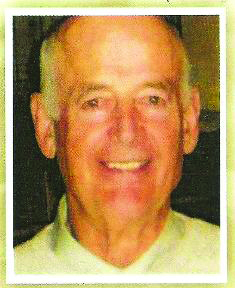 Christmas is a time for families, and sharing time with our loved ones is definitely more cherished than the gifts we give and receive. Prior to writing for Family Now, I wrote a Senior Spotlight column for military veterans called “The Veteran Next Door.” The most memorable of those columns was “Going Home,” which touches on the Christmas spirit. The following is the article as it first appeared in December 2017.

During six weeks of the year, between Thanksgiving and Christmas, we truly enjoy the American sentiment of family and friends. To our current military servicemen and women and veterans there are two simple words that have a world of impact: “Going Home.”

It is Christmastime 2015 at the coffee club of TGIV (Thank God It’s Veterans) at the Gateway Diner. There is small event scheduled to have veterans tell their Christmas story when they were in service. We recorded their stories on video thanks to Patriot Flight’s videographer, Bob Shenise.

Red Newell’s “Going Home” story impressed me so much that I need to record it on paper for posterity. He was born in Ireland, and he still has a slight Irish brogue. He is a person to admire for his air of simplicity and high integrity. Red visited the coffee club for the first time on the day of telling the Christmastime stories. There were about 10 of the 35 Veterans who shared a minute or two of their experience that morning.

Red is an Army veteran of the Korean War serving in Germany working in the AAA unit (Anti Aircraft Artillery). His work on the air base served him well for Christmas 1950. Red was granted a three-day pass to go home to Ireland. Red hopped an Army plane headed to London. In England he took a train to Liverpool. Then next was a ferry ride to Dublin, Ireland. From Dublin he catches a train to Galway. When he is to arrive at the Galway train station, he realizes it is still 17 miles from his home in Headford. He knows the venture is not over, and he is not sure how he will make it to Headford. He is so close but yet so far. The journey consumed all day and it was miraculous that he even got this far. He told his mother that he would try to get home but never told her for sure he was coming. His sincere intention was to surprise her that he made it home for Christmas. When he arrived at the Galway train station, the tears, the heart pounding and to his surprise, there was his mom was waiting for him. A lovely Christmas “Going Home” present!

Red told me after he read this story that the plane trip from Germany to England was his first ever. He and his family and granddaughter (also in the military) love the story, and it is posted in his home.

Red was definitely a Veteran Next Door you would never suspect. He was a plumber in the Plumbers Union # 7. He raised a family of five children, married for many years and enjoyed the American life. He loved golf, volunteered for many years at the Albany VA Hospital and the Albany food bank on New Scotland Avenue in Albany.  He was a hard and happy worker when the veteran volunteers went to mend fences at Little Brook Rescue Horse Farm in Old Chatham.  He was a regular at the TGIV at the Gateway on Friday.  I am humble and proud to have known him.

Red passed away in April 2020. This is my Christmas card to his family.

The author is a Capital District resident and freelance writer and guest speaker. Contact him at fomservice.com.

7-Eleven makes its way into the Capital District