Tech can give seniors’ voices back 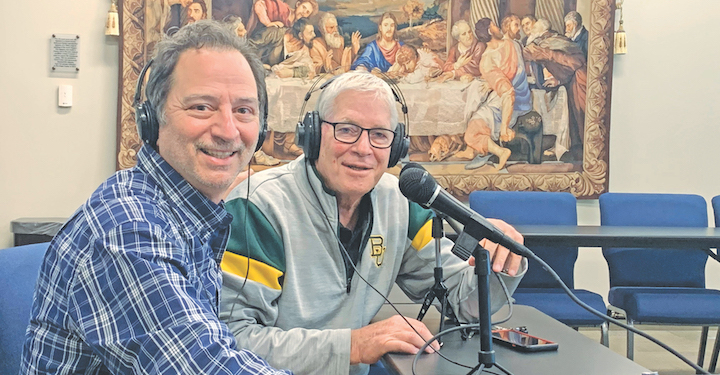 Add me to the list of podcasters. Let me explain…

Interviewing seniors who are doing positive things in their older years is my passion. It’s probably made me the longest-running writer in the country of this genre. I am now in my fourth decade of bringing out my admiration for these folks that I call the “inspired retired.”

That is why I refer to myself as the “Senior Editor” – a formal term used by print media that I have borrowed to make a cute reference to my seniority.

I am adding podcasting to my more traditional means of communicating through newspapers, magazines and online.

“The Age Sage” is my podcast that will fittingly launch on Grandparents Day that falls on the second Sunday in September.

It will simply allow people to listen to other’s wisdom and stories instead of just reading about it. Mature voices that carry mature thoughts, inflections, laughter and comebacks will be a bonanza to the younger generation, who are the lion’s share of podcast listeners.

The reason why this could be both enlightening and healing is because we have a great divide between Gen Z’s, Millennials, Boomers and the Greatest Generation.

Living through the ’60s when the term “generation gap” was thrown around as frequently and flippantly as a Frisbee, I believe there is a deeper division now than even at that time, and technology seems to be the culprit.

Sure, we had Woodstock and young people who thought they had invented sex. Questioning authority was common as well. Harvard’s Timothy Leary’s mantra of “tune on, tune in, drop out” was cool. My favorite rocker was Pete Townshend of The Who. He wrote, “Hope I die before I get old.” It’s interesting that Pete is now 77 and stone deaf from his youthful antics of regularly sticking his ear into his amplifier and being proud to wave the flag as the world’s loudest band. A lot of young people adopted the phrase, “Don’t trust anyone over 30.”

However, there’s a more radical shift going on between the generations now. I call it the “Mark Zuckerberg Syndrome.” In former times, young people would work for years “climbing the ladder,” and would learn sagely advice from older bosses – perhaps even wanting to become like their mentors. Today, millennials like Zuckerberg are at the top of the ladder, and where does that leave the senior who didn’t grow up with computers and a smart phone?

Moreover, the divorce rate has severed some of the ties between grandparents and grandchildren. Additionally, elders who used to live under the same roof as the grandkids may now be in assisted living or gated communities.

Overall, the generation gap is greater than ever before.

How do we give voice to these seniors? Ironically, the answer could be the very thing that set up seniors as “has beens” and put them out to pasture.

Podcasts are reaching billions of listeners. I envision young folks drinking from the fount of these interviews like a parched person in a desert.

As the audiences grow to include more senior listeners, it is my hope that older people will also tune in instead of dropping out and revel in the idea that they haven’t lost their voices.

Robert J. LaCosta can be reached at [email protected]