Pickleball: Stay out of the kitchen! 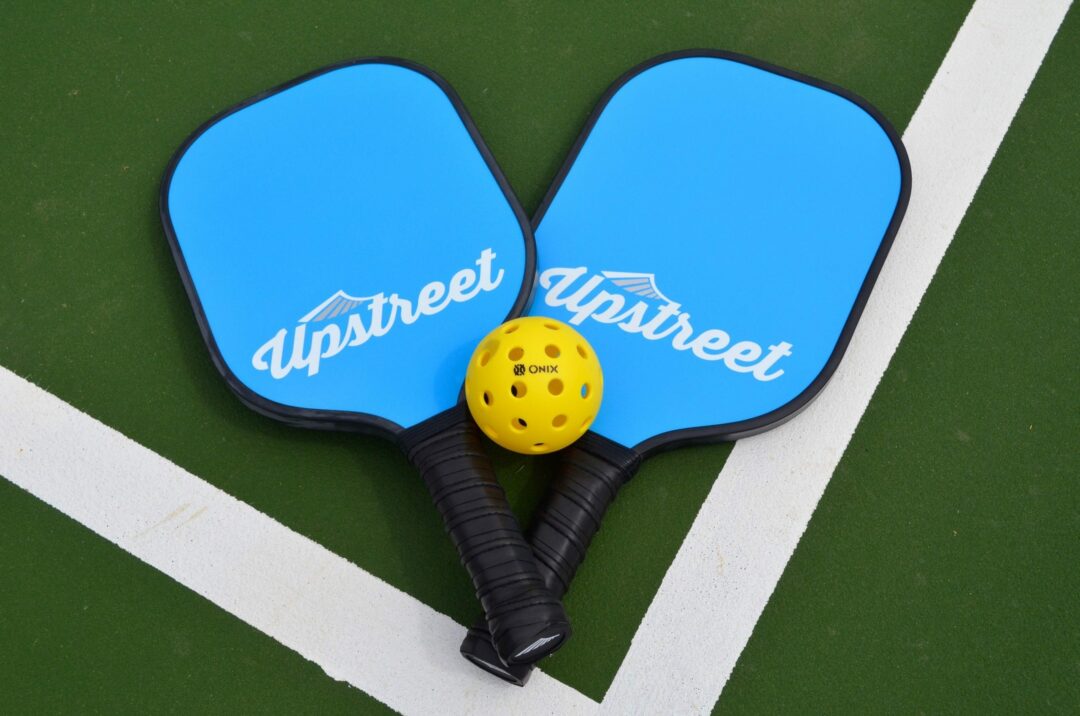 Chances are good you’ve caught reference to the game pickleball. Whether or not you know how to play it is another story.

From a casual observer, it looks like tennis. The game is played on a modified tennis court where the field of play is relatively smaller. A game can be played in singles or doubles format, like tennis. Each player bats at a plastic ball with a racquet that resembles something out of squash. The competition, no matter who is playing, can be fierce.

The rising popularity of the pickleball lends one to believe that it’s a brand new fad of a game. According to The USA Pickleball Association, a not-for-profit organized in 1984 to perpetuate the growth of the game, the sport was invented by U.S. Congressman Joel Pritchard in 1965. As great ideas tend to go, the Washington representative returned home one day to find his family was bored, and looked to find something to do. The Pritchard family pieced together a game after finding ping pong paddles, a Wiffle Ball, and re-purposed a badminton net. By 2009, nearly 400 people of all ages, from 26 states and several Canadian provinces, flocked to Buckeye, Ariz. to play in the first USAPA National Tournament.

“They’re teaching it in high school now,” said Robin Vernava, a member of the Adirondack Pickleball Club out of Queensbury. “It will catch on better than a tennis game, as tennis is weening off. And, it provides all the excitement of slamming a ball, running and knowing how to angle your shot so your opponent misses it.”

Vernava started playing the game several years ago following an invite from a 72-year-old mahjong partner. This year, she was invited by The Summit at Saratoga to teach the game to the residents of the 55-and-better community. Those at the community have noticed a change.

“A lot of talk and a lot of excitement surrounding it,” said Christy Durant, community manager at The Summit at Saratoga. “At our first demonstration, we had almost 20 residents out here. [Now,] they’ve been out practicing, coming out with family members, as well. They’re excited to learn the game. It can be [competitive], definitely. I think, right now, we’re at the stage where it’s just a friendly game.”

Outside the community, the game is played by all walks of life. It’s a sport, and with sport comes competition.

The game has a strong appeal towards former athletes combating knee problems. It allows those players to get back into a competitive game without the need of a marathon runner’s stamina, or Jimmy Conners’ power serve.

Unlike tennis, “You can’t let the ball bounce, said Summit resident Patrick Foster, “you have to hit it in the air which is different than tennis, and it looks like a Wiffle Ball with all the holes in it. But, if somebody gets popped with that at the net, you can feel it.”

Vernava said the game has its potential for bumps and bruises, as with any game, to which she recommends players wear protective eyewear and proper shoes when on the court. However, just as Pritchard discovered 50 years ago, it’s a game anyone can enjoy.

“It’s something a family can do. Nobody has to be great at it. It’s pretty easy to hit the ball over that net.” The best equalizer in pickleball, leveling out any perceived advantages one player may have over another, is the slow ball. “You can take a little kid and his dad, and it’s very hard to hit a slow ball. You think it’s easy, but it’s not easy. And, if you’d like to try, I’m willing to dink with you.”

For information on pickleball, visit www.uspa.org. To learn where you to play locally, contact the Adirondack Pickleball Club at [email protected]