ASK YOUR DAUGHTER: Pondering the role of advocacy, politics 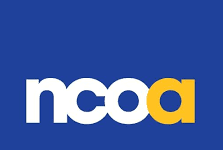 I have been pondering the role of advocacy and my responsibility in relation to causes and values that I espouse to. I have never been “political”.  I upheld what I thought was my obligation as a citizen and voted once every four years in the presidential elections and then went about my business. Spanning 40 years, I was at times more, and at times less, enthusiastic about my choices of candidate, but at the end of the day I felt, regardless of who was elected, it would not have a significant impact on my existence.

My earliest memory of a “political discussion” was when I was a brand new immigrant in 1968 and my class held mock elections. On the green blackboard dominating the front of the room, there were four names: Nixon, Humphrey, Wallace, and Undecided. My English was still halting and sporadic, and much of the chatter surrounding the election and the democratic process was undecipherable, so when it came for me to cast my vote, I just saw that “Mr. Undecided” had received the least number of votes, so I voted for him. After repeated discussions and arguments, subsequent votes were taken and my candidate, “Mr. Undecided”, lost ground each time. Eventually, I was his only devotee. In frustration, the disapproving nun asked why I would not change my vote and I said because nobody liked him and he needed a friend. Everyone laughed, but not me.

Forty-nine years later, I am thinking a lot about my vote and how, or if, it matters. I am not sure if it is my own awakening that can now see the efforts of others, or if a general political awakening is occurring. Regardless, I am starting to voice my policy objections and approvals in a more public, systematic way.  In case you, too are thinking a bit more about policies decisions and how they impact the lives of the everyman, I thought I would send you a few resources.

So, no matter what side of the spectrum you fall, no matter what party you support, no matter what policies matter to you, your first step must be to educate yourself.  There is so much information available; unfortunately, much of it is only partially true at best and completely fabricated at worst. It’s hard to find a source you can trust.  Locally, I would advise starting with the New York StateWide Senior Action Council (1-800-333-4374) for all issues impacting older adults. It is a statewide agency with a local chapter in Albany County.  Whether you just want information on a particular issue, ideas on how to have your local representatives hear your thoughts, or if you want to become involved in an organized lobbying process, StateWide can help.

The National Council on Aging (www.ncoa.org) has an informative public policy blog and an advocacy toolkit for those of you who are ready to take action.  Another information rich site is www.ageoptions.org, which recommends the following actions: writing letters to the editor and your local representatives, making phone calls and working with coalitions, giving public testimony, presenting at community forums and events.

If you have any questions, or if there is a topic you want to read about in the Ask Your Daughter column, please send me an email at [email protected] or write to me at Senior Services of Albany, 32 Essex Street Albany, N.Y. 12206.

Be well and be happy, Monika.