by Spotlight News
in Parenting Resources
0 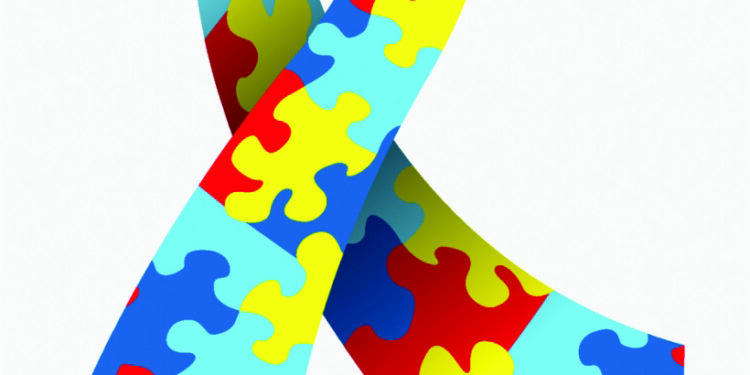 As April is Autism Awareness Month, and as a mother of two children with autism spectrum disorder, I would love to share my experience. First, there are many variables for any one child and their diagnosis. Second, if you have seen one child with autism, you have seen one child with autism. No two kids are the same, even if they are siblings. Third, there are ups and downs in all families and mine is no different. I try to be a good mom to my children, but there are times Rebecca gets the short end of my patience.

Benjamin was diagnosed with Autism at 6 years old during the summer between kindergarten and first grade. I would love to say that his diagnosis was a surprise to Harlan and me, but it wasn’t. There was a nagging feeling in the back of my head, and I trusted my mom gut. I pushed for an evaluation, and we finally got on the doctor’s schedule. Three months later it was official: autism. We didn’t keep Ben’s diagnosis a secret from him because I thought it would be empowering.

This is Ben’s reality in his own words:

My elementary school had an autism awareness fair and it was really fun, but unfortunately stupid COVID ruined it for last year and now this year too. It really upset me as I really enjoyed it, but … for me every day is about autism awareness because it is who I am. I respect that, and you should too!

And also April is a weird month because A.) it’s autism awareness month, and B.) it’s full of rain. Is that supposed to signify that having autism is sad? Because it’s nothing close to that, it’s really just something that makes you cooler or different than anyone else, and you shouldn’t feel down about yourself because of it. You should embrace it and love it because you will have it for the rest of your life. If anyone is bullying you about it just say, “If you don’t like it so much, then why don’t you go along and make a cure for it, eh?” Then watch their face start glowing bright red.

My mom instinct pushed me hard with Olivia, too. She was always a social child, and when she started having troubles with people, it was a sign. One day, Olivia had a huge meltdown, very common in children on the spectrum, and it felt like an electric shock or realization: Olivia has autism! Statistically, girls are diagnosed later than boys. Olivia was two months shy of turning 13 when we got the official diagnosis. So many things slipped into place and made so much sense.

This is Olivia’s reality with autism:

What is it like having autism? Well you have asked the million-dollar question, but first you have to know it’s not a disease so it’s not like I am sick. I have something and it’s a part of me. And second, I can’t give you the full view because I am just one of out of many people with autism, and everyone has different things and challenges that comes with autism so don’t think this is it.

Social media is one of the biggest challenges for me because it’s hard to get the jokes and the sarcasm. But social media isn’t all that bad. I have found many people on there that have helped answer my questions about autism and made me feel less alone. Someone named Paige has helped me in so many ways, including talking about what it’s like living with autism as a girl because it is not as common for girls to be diagnosed with autism.

Another thing is I like having a routine. If my routine changes, that is a big problem, I get so overwhelmed and it’s hard to process. If you know me, then you know that I make lists. I make them for everything from school work to what I want to do over the weekend. I have gone through countless sticky notes writing down anything that comes to mind. I also have a white board above my desk telling me what class I have that day and what we are doing in that class and stuff I have to do afterwards. If you want an expert on list-making, you know where to find me.

Rebecca is neurotypical. She gets amazing grades and is so creative. Rebecca is kind and has a sense of humor that will keep us in stitches for the rest of our lives. I look at Rebecca and see a future of adventure, family, happiness and being the center of her own universe. Rebecca has us wrapped around her little finger. The hardest part of being the mom to two children on the spectrum and one neurotypical child is that Rebecca has had to grow up faster than most 13 year olds. She has seen her siblings bullied and tormented. She sees us prepare Olivia for fireworks starting in June and again in December because the unexpected noises create such anxiety for her. Rebecca knows that Ben’s favorite meal is something with cheese, with a side of cheese, and for dessert he wants cheesecake. Rebecca is loved tremendously!

I am a mom with one neurotypical child and two children with autism. Lots of days I feel like I am in over my head, but that’s OK because I love swimming underwater, and I am good at it.

Jennifer Steuer is an Albany mom whose busy household includes her husband, Harlan, and 13-year-old triplets Olivia, Benjamin and Rebecca. Follow her on Instagram: jennifersteuer.