ON THE BOOKSHELF: Time to dive into summer reading 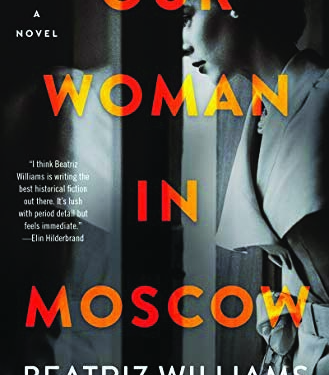 Malibu: August 1983. It’s the day of Nina Riva’s annual end-of-summer party, and anticipation is at a fever pitch. The only person not looking forward to the party of the year is Nina herself, who never wanted to be the center of attention. By midnight the party will be completely out of control. The alcohol will flow, the music will play, and the loves and secrets that shaped this family’s generations will all come rising to the surface. Ballantine Books

It’s November 1991. George H. W. Bush is in the White House, Nirvana’s in the tape deck, and movie-obsessed college student Charlie Jordan is in a car with a man who might be a serial killer. What follows is a game of cat and mouse played out on night-shrouded roads and in neon-lit parking lots, during an age when the only call for help can be made on a pay phone and in a place where there’s nowhere to run. Dutton

‘Our Woman in Moscow’

In the autumn of 1948, Iris Digby vanishes from her London home with her American diplomat husband and their two children. The world is shocked by the family’s sensational disappearance. Were they eliminated by the Soviet intelligence service? Or have the Digbys defected to Moscow with a trove of the West’s most vital secrets? William Morrow