TRIPLE THREAT: Are we there yet? 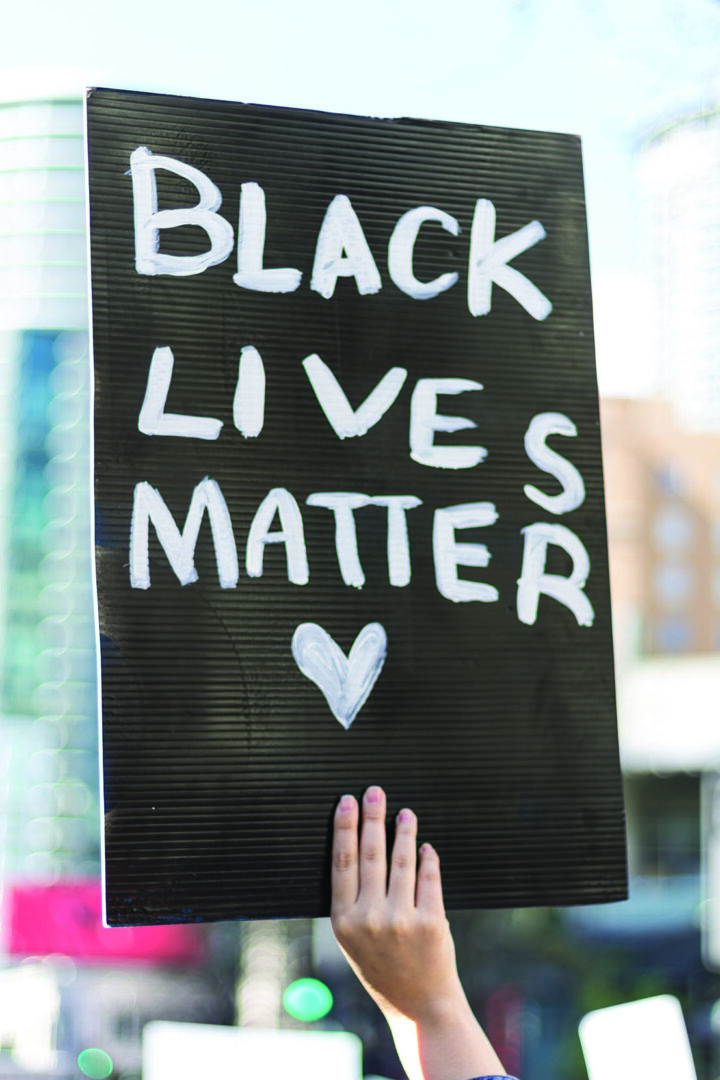 Who hasn’t heard or said, “Are we there yet?” Usually when this question is bellowed from the back of the minivan there is a small, sticky person with little patience who just wants to get out and run.

This year has kept kicking us over and over while we are down. Are we there yet? I keep hearing this in my head. The question pops up when I least expect it. Even when my trio is all buckled up and we have been in the car for a long time, they don’t say it as much as I hear it. When I hear “Are we there yet?” it’s because I can’t believe that we still aren’t there.

Black Lives Matter is not going to go away until this country steps up and eradicates racism. The fact that we are still having this very conversation is just proof that the country is not hearing the cries of the men, women and children who face discrimination on a daily basis. How is it possible that this behavior has continued? Yes, things are better now than 200 years ago. Better than 50 years ago … yes. Ten? Maybe. Are we there yet? Unfortunately, we are not.

When Benjamin gets dressed in the morning, I don’t have to check what he’s wearing before he races out the door. I’m fairly confident that he will not have any trouble if he decides to run down the street. If Ben puts a hoodie on and his jeans are a little baggy, I don’t feel like I have to send him back to his room for a wardrobe change. I love my son, just like most moms love their sons. How many mothers of Black sons know they can blow them kisses in the morning and give them hugs before bed? Does my son’s life matter anymore because he is white? Does my 12-year-old need to be afraid for his life if a police officer is nearby? Why should any 12-year-old boy be afraid?

The Black Lives Matter movement was born from the murder of 17-year-old Trayvon Martin of Florida on February 26, 2012. The person who was responsible of this murder was acquitted in July 2013. While I remember hearing details of Trayvon’s murder, I hate to say that I was so occupied with having 4-year-old triplets that the information did not sink in. I should have paid more attention as a mother. This young man, like so many other young Black men, did not deserve to die. He was simply walking while Black.

Tamir Rice was 12 years old when he was shot and killed on November 22, 2014. When police were called, it was for “a possible juvenile with most likely a toy gun, who was pointing it at passersby.” When Tamir was asked to stop, he pointed the gun at the police and was shot and killed. The “gun” was confirmed to be a toy. Tamir was playing while Black.

I do not believe for one second that I alone can save the world or make a monumental difference. What I do know is that racism is infectious, and if my family and I can make a small difference for someone then maybe destroying racism will be a possibility. Maybe our efforts will meet the efforts of other people, and we can all keep building on that momentum. Racism must be stopped.

Olivia, Benjamin and Rebecca hear vile words coming from some children and adults. Words hurt and they do damage. The fact that the most powerful guy in our country perpetuates negativity and will whip citizens into frenzy if he feels that he has been slighted in some way is terrifying to me. My kids say he behaves like a 2-year-old. My kids have been afraid for their friends who have darker skin. My kids know that they need to help repair the world (Tikun olam is a large part of Judaism) and that each of them can start another ripple that amplifies as it continues.

If people in every community start to understand that Black Lives Matter isn’t just a catchphrase but is the desired reality for 13.4 percent of the United States population, we can live in a better country. We can live. Are we there yet?

Jennifer Steuer is an Albany mom whose busy household includes her husband, Harlan, and 12-year-old triplets Olivia, Benjamin and Rebecca. Follow her on Instagram: jennifersteuer.

Football, cheerleading and volleyball on hold until spring