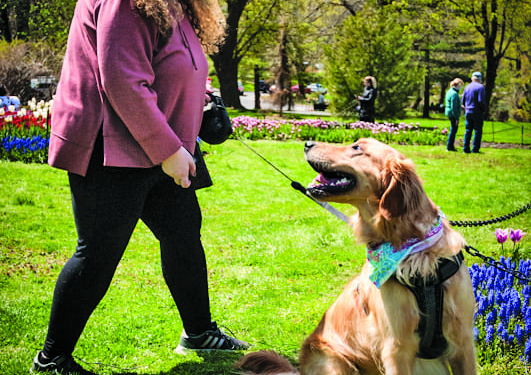 Welcome to a summer like no other. As the Capital District slowly and cautiously opens for business, many of our traditional summer activities have been modified to promote the social distancing the CDC recommends to contain the spread of Coronavirus.

But with the warm weather beckoning us outside and travel not on the radar for many, a change of scenery is always welcome. A good old-fashioned picnic is a great way to enjoy the weather and time with family or friends while minimizing exposure. Picnics also appeal to every generation. The kids can run around and stretch their legs while the grown-ups relax and catch up on some leisurely conversation.

Sound like a plan? Then pack your picnic basket and head to one of the Capital District parks for a perfect afternoon.

Think of the aspects of Washington Park that make it an attractive destination. The expansive green space inside greater Albany is one of the oldest urban parks in the country. It has lured production companies from Hollywood. In an ordinary year, it invites upcoming musicians each spring. Patrons of the arts can enjoy the Bard’s work from underneath the dark canopy of a summer’s night. And, it has inspired the composition of a contemporary orchestral work.

Washington Park is tethered to the heartbeat of our Capital City. Festivals celebrating the family, the heritage and the humanity found here are aesthetically framed by some of the most beautiful architecture in the city. The Lark Street community that neighbors the park is so culturally diverse with its choice of eateries and beautiful brownstones dating back to the late 19th century, it has prompted some visitors to call it the “Greenwich Village of the Capital District.” Two state governors retired within this neighborhood, and many of the brownstones still maintain a luxurious look today.

Washington Park provides that rare marriage between natural seclusion and urban exploration. You can drop a blanket down on its green grass and expect as private a moment as with any of our area picnic spots. What makes it that more special is you can plan for this picnic by bringing your own food, or order a poke bowl and find a spot to eat. There is no wrong answer here.

Some people scoffed at then-Albany Mayor Jerry Jennings’ idea to construct a footbridge that would allow Albanians to return to the Hudson River, but the idea worked. Home to the city’s annual free concert series Alive at Five and its burgeoning Dad Fest, this riverside park boasts a concrete amphitheater that faces both the river and an ever-changing Rensselaer city skyline.

Headlining musicians and our Grammy-Award winning Albany Symphony Orchestra have played here in the summer. When silent, it’s still the place for walkers, joggers and bicyclists to continue their jaunts on a trail that now connects New Scotland and Bethlehem to Albany, Cohoes and Rotterdam Junction.

Jennings Landing is a popular spot for families, lovers and artists alike. It is not uncommon to catch fire dancers and hula hoop performers enjoying the juxtaposition of Albany’s cityscape with the trees flowing to-and-fro to the summer breeze. There’s also ample parking, whether you choose to park your car on Broadway, on Sway Street or in the parking lot before Colonie Street.

Outsiders have called Troy by a lot of different names over the years, many of which haven’t been flattering. A real estate boom has lifted the downtown area to such a degree, it has drawn comparisons to a certain New York City borough. Kind-hearted as the latter may be by some, it’s not welcomed: This is Troy. And, to be fair, you should be acquainted with what it has to offer.

Troy took the best of Albany’s two exemplary parks and molded it into Riverfront Park. A concrete amphitheater faces west as the sun sets over the Hudson River. That’s usually when the city’s annual Rockin’ on the River concert series takes place. Crowds have rocked out to Moriah Formica, Skeeter Creek, Caroline Rose and more from this stage. On the flip side, it’s common enough to see yoga fanatics enjoying a more tranquil setting on Saturday mornings.

Wedged between the Hudson River and Monument Square, Riverfront Park has a menagerie of sights surrounding your picnic spot. There are the various boats and yachts docked along the river side, of which the Collar City Bridge looms large and white as it spans across it. There are also the brick facades of Victorian Age buildings that stand along River Street. That’s where you can find anything from a good mystery novel, a cup of coffee or a hard-to-find record album. You don’t always have to find yourself in the woods to enjoy a good picnic. And, if it rains, there’s a place up the river that serves good barbecue.

This 400-acre cemetery was established more than a century ago as both a park and final resting place. And, a picnic here can allow you to boast that you were among Albany’s social elite — OK, maybe a little creepy.

Joking aside, the cemetery is specifically designed for the leisurely visitor. It is renowned as one of the most beautiful of its kind, and does host prominent figures of our area’s past, including President Chester A. Arthur.

In Arthur’s time, it was common for people to picnic at cemeteries. It was so prevalent, some communities considered law enforcement to step in to control the hordes of visitors. People may not be as inclined to pop a squat near a headstone and raise a toast to good health, but people do visit cemeteries as a pastime. Albany Rural Cemetery does not restrict it, but the attention to respect and cleanliness is expected. History buffs often visit to find the burial plots of some of the biggest names from our history. Visit albanyruralcemetery.org to learn more.

This month ushers in the roses, and there is no better place to stop and smell the flowers than at Central Park Rose Garden in Schenectady.

It’s hard to believe, but this gem was nearly lost when the city’s parks department stopped maintaining the park. It was nearly left in disrepair before the surrounding community took up the task in 1995. Today, it boasts 4,000 roses of more than 200 different varieties. These rose bushes surround a beautiful tiered fountain that is accompanied by a babbling brook and a spring pond that is often visited by songbirds.

The Rose Garden is just a corner of a more expansive Central Park that includes the Music Haven stage. Though coronavirus-related shutdowns have eliminated live music events for the foreseeable future, Central Park has served as a place for recreation and entertainment for more than half a century. It’s also simple to see why this corner of the park has served as a backdrop to many wedding photos. It can be such a place for your family picnic, too.

Michael Hallisey is the former editor of Senior Spotlight and editor-at-large for Family Now.

Cuomo: Churches can hold services with congregations of up to 25 percent capacity