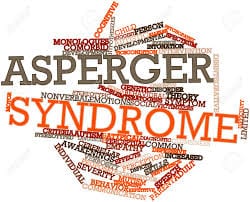 Fifteen-year-old Lucas is smart, funny, sociable and extremely cute. His hobbies include bowling and building robots. He describes himself as “funny, wild and nerdy.” He has a loving family. He has lots of friends, and he also has Asperger’s, now known as mild Autism Spectrum Disorder.

He’s not alone. Many of our musical, scientific and business geniuses have Asperger’s.  In fact, Hans Asperger observed, “It seems that for success in science or art, a dash of autism is essential.”

Autism Spectrum Disorder is a general term for a group of complex neurological disorders. These are characterized with varying degrees of difficulty in social situations, verbal and non-verbal communication, integrating sensory input and repetitive behaviors.  Because autism is a spectrum, no two people present exactly the same. There is a saying within the autism community that when you’ve met one person with autism, you’ve met one person with autism.

The thinking and learning abilities of people with ASD varies from severely challenged to gifted.  Those with mild ASD may just present as slightly quirky. For instance, the 3-year-old who ignores his toys but is passionately attached to the vacuum cleaner, the fourth-grader who doesn’t get invited to parties, the “Brainiac” who is a science whiz but is failing everything else, or the colleague who can’t function if his routine is slightly off or the pencils aren’t in the right place.

According to Lucas’s grandmother Ginny, her 15-year-old grandson has always stood out.

“Even as a young baby he was slightly different,” she says. “Most babies move into a hug, Lucas always pulled back.”

She says he also made limited eye contact, lined up objects and, although an early speaker, did not really want to use his words to share his world. When Lucas was 6 months old, Ginny’s daughter, Sarah, took him to a baby massage class given by occupational therapists. The teacher overseeing the class saw something different about Lucas. His body was rigid.  He also fought against being moved suggesting poorly integrated reflexes.

This teacher singled Lucas out and emphasized what she saw as his deficits.  Sarah was scared and upset. She asked what was wrong with her baby. The response turned her world around.

“I can’t say. It’s not my place, but I specialize in babies with Autism,” said the teacher.

For Sarah the world as she knew it was changed. For Ginny, this confirmed her suspicions.

When he was 9 months old, Sarah took Lucas to a well-respected developmental specialist. This specialist didn’t see enough to give him a diagnosis of autism. Lucas could not be measured by the medical model.  He was, after all, meeting all of his developmental milestones, and toddlers by definition are often quirky and rigid.

Sarah moved forward with her life. Lucas got older, and she adjusted to her funny, anxious, quirky child. She had another son, and life was busy. It wasn’t until her younger son turned 2-1/2 that Sarah noticed the differences between her two sons. Although Lucas was highly intelligent, highly verbal and had a wicked sense of humor, on some levels the younger son seemed more mature than his brother. Lucas remained impulsive, ritualistic and demonstrated very little safety awareness. He was also a very anxious child. Certain noises bothered him. In addition, he had a rigid preference for certain clothing and routines. By now Lucas was 5 and was soon diagnosed with Asperger Syndrome.

Supporting our young people with mild autism continues to be a gray area. Historically, these children are diagnosed at a later date and receive very limited services. Often, their advanced communication skills and academic abilities camouflage other delays, such as social skills, severe sensory issues, understanding how others think, and extreme difficulties with organization. Lucas never received an Individual Education Plan. It wasn’t until Lucas was in fifth grade and the workload demands increased that the educational supports were offered. Sarah observes that, to this day, Lucas has difficulty with organization, which shows up in all areas of his life – his body, his room, his writing and overall schoolwork.

How can we as parents and educators create the least restrictive environment and expectations so that our children can be the best versions of themselves? How can they learn at an early age to channel their potential to be different into amazing opportunities and not feel less than their peers? For our children with mild ASD, this means giving them all the support they need within the most natural environment. Evaluations need to be comprehensive. Most screeners and tests indicate what the child cannot do. Strength-based evaluations illustrate what they can do. Both are necessary.

For Sarah and Ginny, Lucas is a gift, a chance to step outside of conventional boundaries. Ginny worries, however, that Lucas won’t be respected for the unique individual he is. She worries that his Asperger’s label will negatively impact his life.

“He’ll either consider himself different or will be considered different, which will channel him in the wrong direction.”  Ginny observes, however, she adds, “His differences are what make him amazing. Because of Lucas, I look at the world differently.”

Sharon Cole is a licensed speech-language pathologist and proud grandmother. Her goal is to enhance children’s lives through love, laughter and language. Sharon can be contacted at [email protected] or British Nanny Facebook page for any questions about the British Nanny column or speech and language concerns.

LETTER to the EDITOR: Sell old school to County Sheriff

The conversation begins again at the Bethlehem Public Library