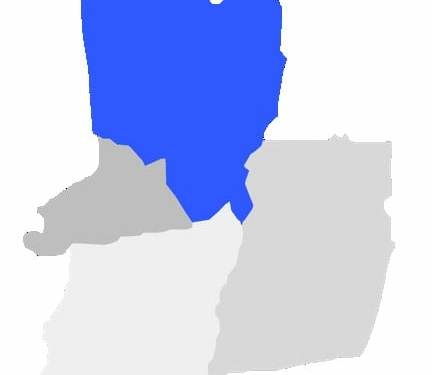 Brookside Museum
6 Charlton St., Ballston Spa
Located in a 1792 hotel building in the historic Village of Ballston Spa, Brookside Museum has five galleries and a hands-on-history room, a research library, and a gift shop. www.brooksidemuseum.org

Saratoga Automobile Museum
110 Avenue of the Pines, Saratoga Springs; (518) 587-1935
The Museum’s mission is to preserve, interpret and exhibit automobiles and automotive artifacts. www.saratogaautomuseum.org

Saratoga National Historical Park
648 Rt. 32, Stillwater
Here in the autumn of 1777, a crucial American victory in the Battles of Saratoga renewed patriots’ hopes for independence.

Vischer Ferry Nature Preserve
Riverview Road, Rexford; (518) 371-6667
This nature preserve is a 740-acre site along the Mohawk River in the Town of Clifton Park, near the hamlet of Vischer Ferry. The trail system is well maintained and integrates sections of the Old Erie Canal and Towpath. Historical markers provide information dating back to the early 1900s.

Wilton Wildlife Preserve
80 Scout Road, Gansevoort; (518) 450-0321
The preserve is 310 acres and has trails that are excellent for jogging, walking, and easy mountain biking. This habitat supports the endangered Karner Blue Butterfly.   www.wiltonpreserve.org

Saratoga Lake
Along the edge of the lake there are a number of marinas and a public boat launch located at the northeastern end. The lake is used for a number of recreational activities and boats, both large and small. The lake contains a wide variety of game fish. www.saratogalake.org

Browns Beach
511 U.S. 9, Saratoga Springs, (518) 306-4987
Brown’s Beach, in Stillwater, has a lifeguard on duty throughout the summer and a kayak/canoe launch, and a snack shack. brownsbeachresort.com/about

Saratoga Spa State Park
19 Roosevelt Drive, Saratoga Springs; (518) 584-2000
The park is known for its mineral springs, bath houses, and performing arts venues, including the Saratoga Performing Arts Center. It offers a wide variety of walking and hiking trails, streams, a geyser, picnic pavilions, two pool complexes, a golf course, biking trails, snowshoe/cross-country ski trails, ice skating, and more Several pools are available at the park. The “Peerless Pool” is a complex of three pools, including a kiddie pool, water slides and a zero depth entry Olympic-sized swimming pool. The “Victoria Pool” is a smaller pool located near the golf course and surrounded by covered arcades.

Kelley Park Playground (Kids’ Creekside Village)
39 Ralph St., Ballston Spa
This huge playground, which was completed in 2008, has the usual slides and swings, but it also has some cool stuff like a giant xylophone and a special area for toddlers. There’s a skate park and some hiking trails as well as a big field.

The Malta Community Park
Plains Road, Malta
The Malta Community Park is located in a forest of pine trees. The sandy plain area, which used to be an old glacial lake, is the active recreational area of the park. A nature trail follows the valley of a small stream where there is an abundance of wildflowers, ferns, mosses, and other vegetation.

Ballston Veterans Bike Trail
A flat, straight multi-use bike trail that runs 3.5 miles parallel to Ballston Lake and is great for families. The trailhead is located in the Village of Ballston Lake adjacent to a small parking lot along Route 146A (Main Street).

Congress Park Carousel
Congress St., Saratoga Springs
A historic wooden carousel that is usually opens for the year through the summer and costs just a buck per ride.

What a dad wants: 9 cool Father’s Day gifts with a Capital District vibe